Sorry. No data so far.

Main Types of Diabetes and Their Causes:

There are three main types of diabetes, but did you know…

they all have something in common?

Type 1, Type 2, and Gestational Diabetes all share some common factors:

Typically, the body breaks down the carbohydrates you eat into glucose (a simple sugar), which is used in the body’s cells for energy and fuel.

Insulin, a hormone secreted by the pancreas, is needed to take the produced glucose and convert it to this usable form of energy.

Someone living with either of these forms of diabetes has either:

2) and/or cannot use the insulin their body produces, properly

In either of these cases, glucose will remain in the bloodstream and continue to build up, ultimately raising blood sugar levels.

The long-term effects of this can be life-threatening, such as an increased risk of a heart attack or stroke, if not treated properly.

This type of diabetes is either genetically predisposed or from faulty calls in the pancreas, both of which will cause the body to create an autoimmune response and…

attack its own pancreas!

…leading to an insufficient production of insulin (so it must be injected externally to maintain treatment).

In this type of diabetes, the pancreas still produces insulin but in inadequate amounts or produces faulty or resistant insulin and must work very hard to maintain even these low/resistant amounts of insulin production.

Insulin resistance primarily occurs in the fat, liver, and muscle cells– which can be seen in people who are obese (over 20% of their ideal body weight).

Type 2 can be controlled through proper nutrition and other healthy lifestyle habits!

Triggered by pregnancy and is typically diagnosed in the mid/later end of the pregnancy.

Pregnancy can lead to some insulin resistance and must be controlled for the baby’s development.

The risk to the child during birth is greater than to the mother and could potentially increase the risk of obesity and/or diabetes in the child later in life.

2-10% of pregnancies lead to Gestational Diabetes

For the mother, Gestational Diabetes could potentially reemerge as Type 2 diabetes later in life.

A recommended scan for diabetics is a PET/ CT FDG scan, which is used to mimic the flow of glucose through the body.

The test will not only monitor the efficiency of the body’s cells in taking up glucose from the bloodstream and using it for energy, but also record the effectiveness of different structures in the body.

Preparation for the scan begins two weeks prior to the scan’s date, by talking with your diabetes care provider to discuss the limits on exercise, medication, insulin, and fasting, before the actual exam.

Limits on food and medication increase the closer one gets to the exam date, so be aware of blood glucose levels nearing your scan date and check them regularly.

Some professionals recommend trying “practice days” to make sure your blood sugar levels do not drop too low with fasting, since only water is allowed 12 hours before the actual scan.

In any case, checking your body by doing a PET/ CT FDG scan can only be beneficial and made easy if you prepare accordingly.

Many diabetic care providers will gift you with a handout of their specific instructions for things you can and can’t do during the days leading up to the procedure, so be sure to follow all their instructions to receive an accurate test result.

Be sure to follow all the rules, tips, and procedures recommended by professionals, so that you too can have a joyful and healthy life.

Taking care of your health is imperative to a happy life, so take the steering wheel and be proactive!

Grilled Asparagus and Shrimp with Pasta:

Known for its popularity in the Spring time, but tasty year-round, asparagus provides the body with many essential nutrients… and sautéed with a lemony-garlic shrimp and pasta combination, makes this dish irresistible- and low carb too!

This one is a new take on your childhood favorite, chicken nuggets. Now with a “grown-up” twist, served over cauliflower rice, this recipe will make for a delicious and nutritious meal!

Why put the cheese on top of a burger when you can put it inside? YES! The pickled flavor of feta adds a hint of “cheesy surprise” inside every bite of these irresistible and low-carb, burgers!

Both vegetarian and low-carb… what a great and delicious find! With an array of vegetables in every color, your meal plate will look as colorful as you’ll feel when you’re done eating it all up!

Not all pizzas are your enemy! This one pairs savory toppings, such as peppers, onions, and artichokes, with a low-carb crust, perfect for a healthy Italian dinner date!

If you’re receiving error messages from your meter or simply getting false readings, don’t worry- we’ll let you in on a little secret… it’s not your fault! Some understandable mistakes may be getting you frustrated and there are easy ways to avoid them. 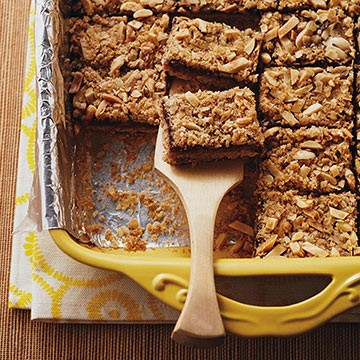 Buckwheat provides your body with a valuable, long-term, energy source, and slow digesting fiber, keeping not only your blood sugar levels balanced throughout the day, but also your energy too! This easy, low-carb, recipe takes just a small amount of preparation and makes 6 servings per batch- great for a week’s worth of breakfast!

Adding a few extra vegetables to your morning meal is never a bad idea… and replacing a pastry with a protein-friendly quinoa base cuts down the calorie and carb intake as well… there’s nothing more well-rounded!

If you’re typically rushing in the morning, try this easy overnight yogurt pudding for a lasting source of energy and a refreshing handy meal… and top with apple slices, for an added, small, serving of fruit!

Would you like a quick, warm, easy, breakfast bowl with a tasty flavor combination everybody loves? Look no further! This breakfast bowl is ready in minutes and packed with lots of fiber and protein, so there’s no need to skip breakfast again!

Stand alone or with a side of eggs, this chicken sausage, low-carb, slow-cooker recipe will have everyone at your Sunday brunch coming back for seconds… or thirds!

It’s never too early or too late to become the healthiest version of yourself.

Eat right away, on your way out the door, in your lunch as a mid-day snack, or months later from the freezer… every way is just as tasty! These portable and easy to make snacks are great for blood sugar levels and low carb too!

Replacing processed crackers with crispy, thin, cucumber slices will not only quench your hunger, but also your thirst! Great for dips, a base for spreads, or a snack alone, cucumber crackers are the new thing to try!

This low-carb recipe uses sweet potatoes to make some irresistible and crunchy chips, but feel free to do some fun experiments with different vegetable options, they’ll all be great!

Trying to be proactive and plan out some low-carb snacks for the week? Look no further! These bars are great for meal preparation and better yet… they freeze easily for weeks of storage, ready at any time and easy for on-the-go!

These on-the-go egg muffins, packed with veggies and other add-ins, are a healthy alternative to high-carb muffins and they’ll leave you feeling full and more energized for your busy day!

Diabetes and Hearing Loss: What You Need to Know:

One of our most valuable senses is often indirectly damaged by diabetes, but there are many ways to protect your ears from this destruction by simply providing proper care.

Type 2 diabetes can increase the rate of hearing loss by TWO TIMES the normal amount!

Although it is not certain as to why, because hearing loss tends to be gradual and occurs in older age groups, there is a connection between high blood sugar and increasing nerve damage in the ears- which doctors say is a probable cause.

Tips for Protecting Your Ears:

It is important to follow these tips and treat any concerns you may have with your diabetes and hearing immediately, before symptoms appear or persist!

A series of small choices can define your future, and whether diabetes is in it, is up to you.

We’ll discuss some simple lifestyle fixes that can save you from a lifetime of having to make these hard decisions by yourself:

Here’s something to smile about…

When living with diabetes, protecting your teeth from gum disease is easier than you think and it all starts with good blood glucose control!

Without good blood glucose control, your body has a hard time fighting off bacteria that will invade your gums, causing early or advanced gum disease. Gum disease can even cause diabetes to progress, because it directly raises blood glucose levels so…

stopping gum disease before it starts is the key!

Things to Watch For:

How to Prevent Dental Issues:

An important thing to consider is how dental work may change the way your medications and eating habits effect you, so talk with your doctor before any dental work to make sure you’re maintaining the correct blood glucose levels.

It is also important to tell your dentist and hygienist that you have diabetes as they can alter treatments and personalize them just for you. 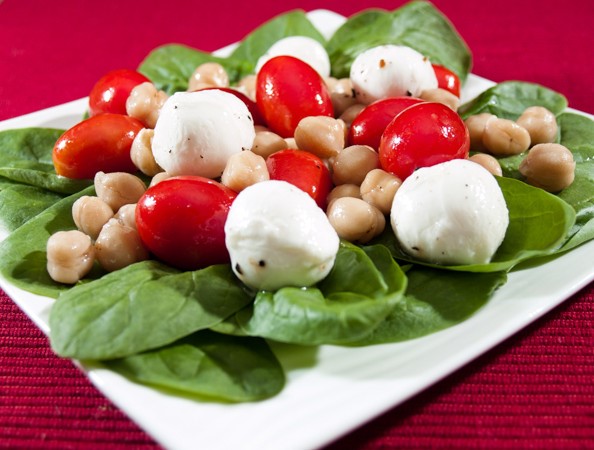 Spicy or mild, hot or cold, you choose! This easy, 30-minute, protein-packed, turkey chili recipe will have your taste buds tingling for more.

This is one of the fastest salads you can make without missing out on any amazing flavors! With less than 5 ingredients, the total recipe time comes down to 5 mins… and better yet, this salad can be both an entree for lunch, and leftovers, a side for dinner.

The cozy feeling of warm soup is made easy, and low-carb, with this veggie chicken soup recipe… and adequate servings of vegetables and protein will have you feeling full and satisfied for the rest of your busy day!

The simplicity of a sandwich makes for a quick and satisfying meal, especially on zesty pumpernickel bread! This perfect combination will make this recipe a lunch staple for weeks to come.

These tostadas are a healthier version of our favorite Mexican staple, but this time, vegetarian and low carb too! Make it as spicy or mild as you would like, or top with guacamole and romaine lettuce- the choice is yours!

Your body needs fuel… so let’s feed it something healthy!

Good news! Treating and preventing low blood sugar, or hypoglycemia, is easier than you think!

When the level of glucose in your bloodstream drops below a certain threshold, you may experience symptoms such as: dizziness, weak limbs, confusion, and/or blurred vision. If these symptoms arise, ask yourself three important questions:

If you have answered yes to one or more of these questions, you may be feeling symptoms of hypoglycemia.

In this scenario, you should eat or drink a fast-acting carbohydrate, such as glucose tablets or a fruit juice, to suppress symptoms and stop a potential fainting spell from occurring. If symptoms persist, don’t hesitate and call your doctor.

Other important precautionary measures include: